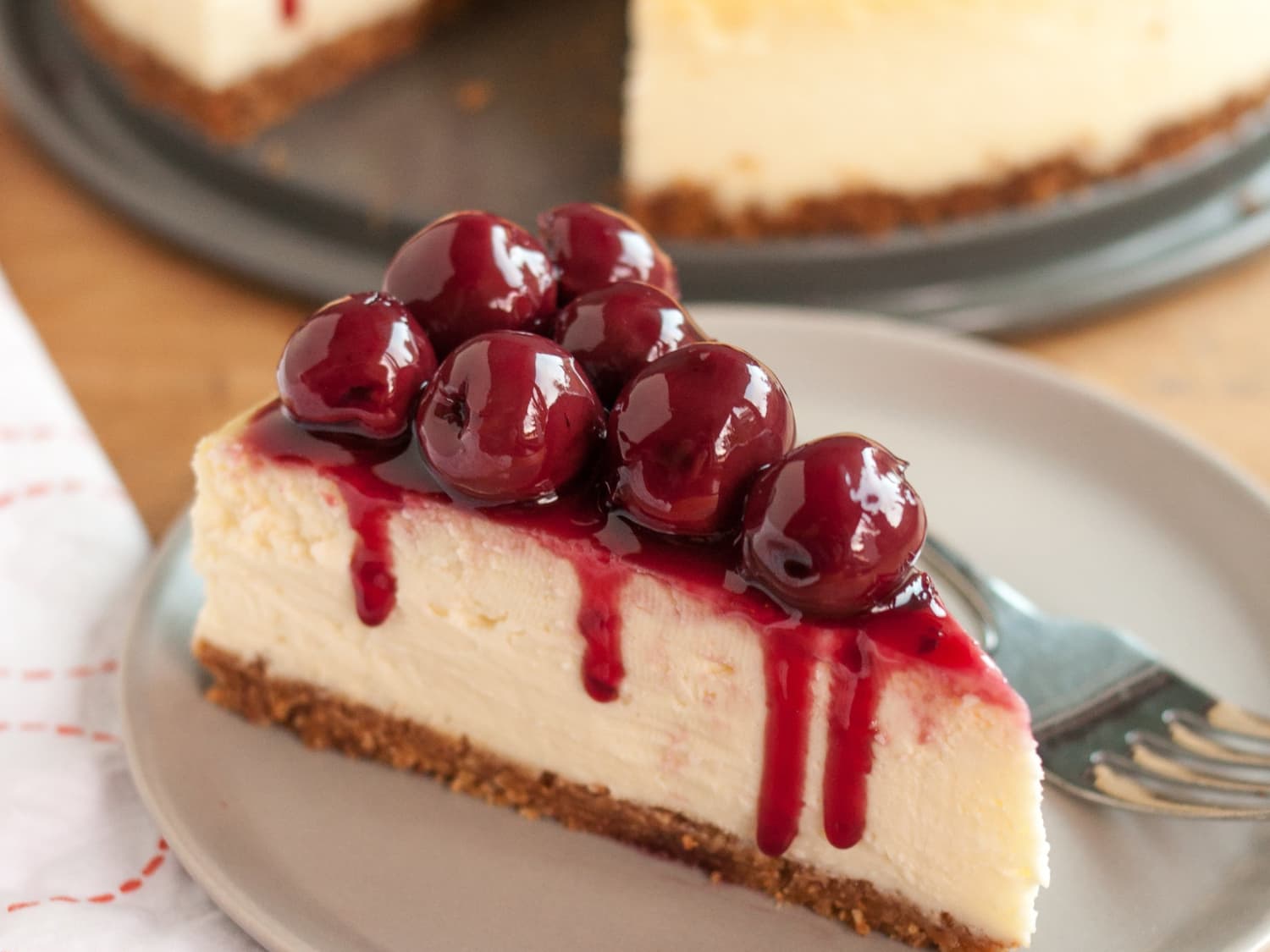 It’s been an interesting week for me filled with Shavuot thoughts.  Everything we do is so new these days and now it’s the first Shavuot in the pandemic.  I’ve noticed many invitations online to join groups staying up all night to study.  The tradition is called ‘Tikkun Leil Shavuot’ – the Repair of the Night of Shavuot and it’s quite literally pulling an all-nighter with Torah study and then going to shul to hear the Ten Commandments.  It’s also traditional to eat deliciously sweet dairy foods (cheesecake) which now means eating all night as well (blintzes).

I remember my first all-nighter.  I was in high school and a few of my friends and I decided to stay up all night and study for the English exam we needed to write the next morning.  At first it was fun, at first it was productive, at first we felt so grown up.  Around midnight, anything anyone said was the most hilarious thing we’d ever heard (things became less productive).  By 3 a.m., it was agony.  Nothing made any sense and we didn’t notice we’d been reading the same line of Shakespeare over and over out loud for about fifteen minutes.  The friend reading out loud was from England and we loved the accent, so it lulled us into thinking we made progress, when, in fact, we were going round and round, staring blankly at nothing.   By 5 a.m., panic set in as we realized the whole night had gone by and there was so much left to do.  The exam was scheduled for 8:30 a.m.  We made it there on time (don’t remember how we got there, though I pray none of us drove) and I remember sitting in the chair and reading the exam questions.  I was overjoyed that I knew the answers.  I was literally wiping tears from my eyes with the joy of realizing that the all-nighter was the best decision I had ever made.  But when I picked up my pen to write all those essays to answer all those questions, I suddenly realized I was too tired to write anything worthwhile.  Things made sense in my head but I could not formulate proper sentences.  The insights from the night were useless.

Needless to say, I did not do well on the exam and I learned that the brilliant inspirations that occur at 4 a.m. almost never result in the useful gestures needed for the next day.  All-nighters are spiritual quests.

So, why would we have a tradition to stay up all night and study Torah?  What is the ‘repair’ we are hoping to accomplish?

The tradition of staying up all night is rooted in a midrash that talks about the Jewish people at Mount Sinai.  We view the Revelation at Sinai as the metaphoric wedding of God and Israel.  The Torah is the gift we are given under the chuppah, it is the marriage contract, the Ketubah.  Israel is the bride and according to this midrash…we left God waiting at the altar (not exactly an altar since we get married under chuppahs, so, we left God alone at the chuppah/mountain).  We, the bride, were late for our own wedding – apparently we slept in.  The midrash says God sent Moses to wake us up.  Apparently, God and Moses blew trumpets at us because we were sleeping so soundly it was hard to wake us.  I actually think that one of the greatest expressions of love God could show the Jewish people was to give us the Torah at all, considering we got there so late, and one of our greatest expressions of love was to celebrate Sinai after having trumpets blasted at us and rushed out the door that way.  And so, the ‘marriage’ begins and the nature of its communication has begun.

But, in the end, we were late after all and now a repair is needed.  A forever ‘I’m sorry’ that we offer at every wedding anniversary – every Shavuot.  We will spend all night awake, studying the gift we were given at the mountain to show that we are sorry and that we have corrected our insensitive moment toward our Partner.  If it were my husband, there is no question that every anniversary would involve a gesture of repair, more than just flowers or a precious stone but something that spoke to that moment and reached out to me with love…and lots of I’m sorries…and cheesecake…and a few blintzes thrown in.

But, because we are who we are, there is, of course, another interpretation.  It’s not that we slept in, it’s that we were so excited before the wedding, we couldn’t sleep at all!  And yet a third opinion says we spend all night preparing each other to be the bride and that’s why we study all night in pairs or in groups – we are excited for each other and want the other person to get the most out of the wedding, as they are doing the same for us.

In these days of isolation, as we figure out how to have celebrations without gatherings, we require a new lens for viewing Shavuot.  It is the holiday that celebrates the chuppah where only the bride and groom can stand together.  It is the night of excitement when we are counting the moments until we can stand under our chuppah.  It is the holiday to remember that our spiritual strengths have gotten us through the last few months and our eyes have opened wider to everything we used to take for granted.

It is a celebration in every sense of the word and it is worth having, especially now.

But, let’s not forget the cheesecake and the blintzes (the dessert table at the wedding).  The Sages tell us it connects to a verse in Song of Songs.  The book in the Tanach that describes the intimate relationship of God and Israel is the Song of Songs (Shir haShirim), which describes the intimate relationship of a man and a woman.  In chapter 4, the man beckons his lover and says: “Your lips drop sweetness as the honeycomb, my bride, milk and honey are under your tongue.”  And so, dairy and sweetness are part of the symbols of love and intimacy.

I hope we all enjoy some beautifully sweet moments this Shavuot.  Maybe put a bit of something sweet under your tongue and enjoy the thought of a union that started at Sinai and continues to see us through everything.

Hope you’re having a wonderful Sukkot.

Last blog I wrote about the lulav & etrog, and the sukkah itself.  I didn’t get a chance to write about the water – an essential part of Sukkot.

Sukkot is the time that God judges the world for rain.  Of course, the measure of rain in the world is key to…everything.

So, in ancient times, when the Temple still stood, there was a ceremony called ‘Simchat Beit haShoeivah’, the joy of the water drawing libations.  Water was drawn from a particular place in Jerusalem and brought to the Temple for a ritual of water libations. The descriptions of this celebration are astounding.  There was ongoing music, dancing, singing and the Sages juggled burning torches! The Talmud specifically mentions Rabban Shimon ben Gamliel, who juggled 8 burning torches at once and never let them touch each other – I’d want to stand near him.

If the rabbi of my shul juggled burning torches… it would be standing room only!

In fact, the Talmud states that if someone has not seen the celebrations of these water libations, they have not experienced joy (in other words, we don’t know from parties).  It is the holiday when we are told that the men and women were separated in the Temple. It is these texts of separating men and women that will eventually lead to the traditional separation of men and women in prayer at all times.  But that’s not what is being described here. Here, special mention is made that during this celebration, in particular, men and women were separated, with celebrations and jubilation occurring on both sides. The Levites would stand between the places of the men and women and play their instruments and sing, so both sides could enjoy the moment equally.

Actually, as a woman, I can well understand and appreciate that if everyone is celebrating with great abandon, and if water is freely flowing, pouring and splashing…I might not want to be standing in public with my clothes soaking wet, outlining every inch of me.  It’s meant to be a religious ritual, not a wet t-shirt contest (sorry for that image but we all know how a party can go so wrong).

In fact, as Sukkot comes to an end, the seventh day is called Hoshannah Rabbah – the Grand Hosannas.  In a tradition that dates back to Temple days, we take our lulav and etrog and walk around the sanctuary in circuits as we recite the Hoshannot.  The day marks the end of the High Holidays, as the decisions of Rosh Hashanah and Yom Kippur are made, sealed and now delivered. It is a ceremony filled with Jewish mysticism and a step back into our ancient past.  I love watching the hakafot, the circuits around the sanctuary, from a balcony view. Everyone below looks like a water current flowing round and round. The medium becomes the message and the power of the High Holidays infuses the participants and then slowly ebbs away.

And for all of us who have ever danced a hora at a simcha (the circle dance, also called the Mayim dance), we have emulated the water libation dancing.  The words to the hora begin: ‘ushoftem mayim bisasson, mimainei hayishua’, ‘and you will draw water in joy from the waters of salvation’ – a quote referring back to Simchat Beit HaShoievah – the joy of the water drawing libations.

Soon we will transition out of our holiest time of the year, as we should.  We need to go back to the mundane, but if we’re lucky we can carry some of these moments with us in the coming year.

May we all enter a year of peace, abundance and health.  May we dance a hora or two with the images of rabbis juggling burning torches and may we learn to experience joy that has no limit.